Version 2.11 is coming and we’d like to highlight the issues we are addressing, as well as some very exciting new content! We are still wrapping up a couple of things but it should be available by the beginning of next week.

As mentioned in the last announcement, we’re adding a new game mode, and it’s coming in this update: Team Deathmatch!

Along with it, we have improved the scoring system:

More details in the image: 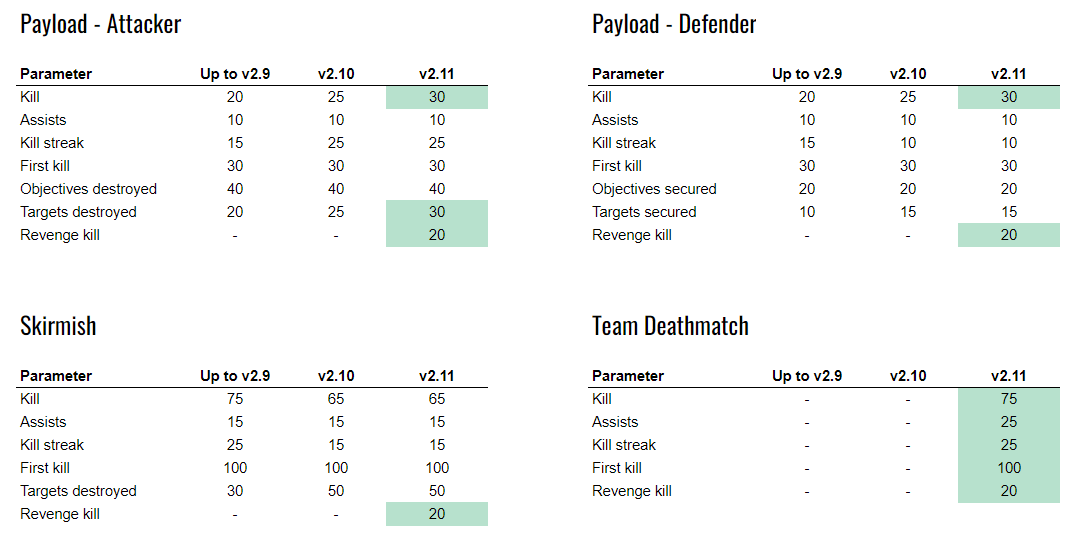 To make the scoring rules clearer, they remain the same as those of the previous systems, except a few values have been increased. Here are more details and examples:

We have also greatly improved the rewards of chests in the game, here are the details:

The number of items per chest multiplied by a factor of 2.4 to 4.2x, depending on its rarity:

As for their currency rewards:

Thank you for all the helpful comments you have been sharing with us. Feedback from our pilots will always be appreciated, join our channels and talk to us!