A special aspect about Tier 10 is that it has 2 tanks instead of 4 - not because we lacked candidates, but because these two matched our vision for T10 perfectly. Today we are excited to introduce the first out of the two tanks in the T10 line-up: the Arjun!

Design work began in 1986 and was finished in 1996. The Arjun main battle tank entered service with the Indian Army in 2004.

The Arjun in War Machines

The Arjun is not just a cool looking tank, but also carries cultural relevance to its home country of India. Not just by its name, based on the archer prince Arjuna from local ancient epics, but also of a nation’s effort to build its own main battle tanks and not depend as much on foreign tech and industry. It is a modern machine, equipped with high technology and capable of being fitted into a series of awesome variants.

Below you can see the blueprints of the Arjun for its conception inside the game.

We know how important it is for you to know about the statistics of each tank. We are happy to share these numbers with you upfront. Just keep in mind the numbers are bound to change overtime to make sure the tanks are well balanced. We will always communicate clearly about changes and the reasons behind them.

We are also happy to share with you the tech skills that are available on the Arjun!

Ricochet - Special armor treatment that causes 40% of enemy shots to ricochet, lowering damage dealt by an amount between 50% and 75%.

Bulwark - Improve your armor rating, reducing enemy shot damage to your sides by and to your back by 20%.

Retreat - Improve your tank's movement speed progressively based on how damaged the tank is. Bonus speed rises as your armor diminishes down to 30% armor, reaching a max bonus of 35% more movement speed.

Impetuous - Increase rate of fire by 4% for every successful shot cumulatively, up to a max 40% bonus. Bonus is reset if a shot misses.

Reaper - Increase shot damage by 20% when the target's armor is below 50%. 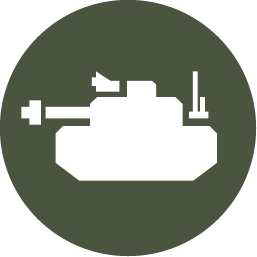 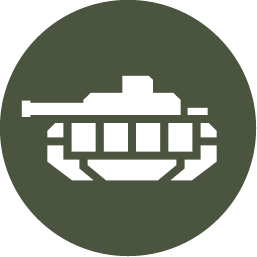 Both new techs, Armored Cavalry and Tank Hunter, will expand gameplay possibilities regardless of player’s tank upgrade levels. What’s amazing about the two new tech skills is that they offer the ability to alter the physical appearance of T10 tanks!

They’ll also be the first instance of tech skills that cannot be equipped together, another new functionality we’re experimenting with and that can allow for deeper multiple tech skill combinations and balancing.

More information about the new tech skills is coming soon, so stay tuned!

We hope that you found this information useful and we would love to know what you think about the Arjun! Don’t miss out on any intel on War Machines. Join the discussion.